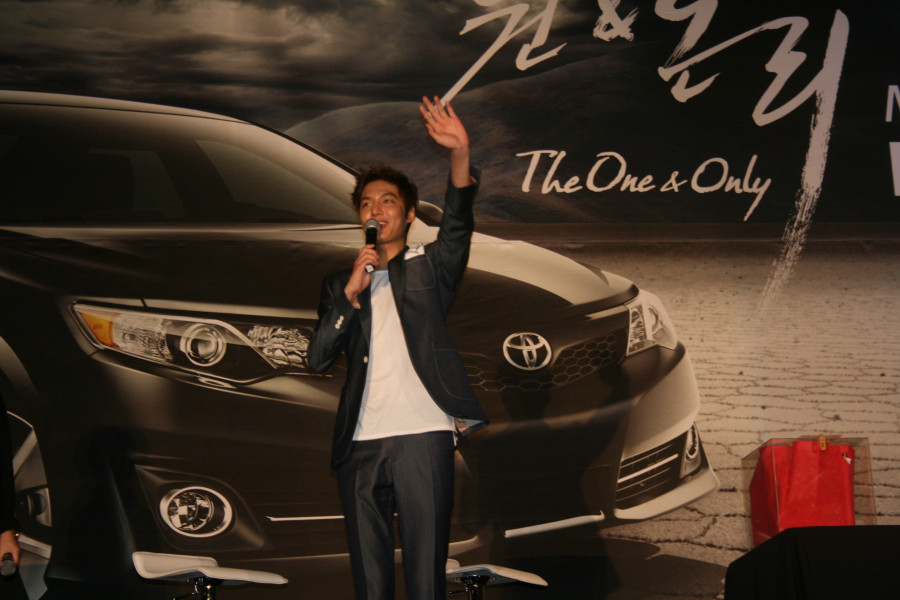 It was AMAZING, I LOVED EVERYTHING<3

I want to see him again T.T

Do you think you can all do me a favor??

I'm trying to win a pair of VIP tickets to see Kpop stars, and as a Cassiopeia, Yunho and Changmin :D

All you have to do is:

CAN YOU PLEASE SPREAD THIS BY MAKING POSTS ON YOUR ACCOUNTS??
Sorry if this is asking for too much ><
I'm far behind atm and there are only 4 days left, so yeah *O*

PLEASE AND THANK YOU<3

1. They look for and find opportunities where others see nothing.

2. They find lessons while others only see problems.

3. They are solution focused.

4. They consciously and methodically create their own success.

5. They may be fearful, but they are not controlled or limited by fear.

6. They ask the right questions -- the ones which put them in a positive mindset and emotional state.

8. They don’t blame, and take complete responsibility for their actions and outcomes.

9. They always find a way to maximize their potential, and use what they have effectively.

10. They are busy, productive and proactive.

11. They align themselves with like-minded people.

13. They have clarity and certainty about what they want.

14. They innovate instead of imitate.

16. They are life-long learners.

17. They are glass half full people, while still being practical and down-to-earth.

18. They consistently do what they need to do, regardless of how they are feeling on a given day.

20. They deal with problems quickly and effectively.

21. They don’t believe in, or wait for, fate, destiny, chance or luck.

22. They take action before they have to.

23. They are more effective than most at managing their emotions.

24. They are good communicators.

25. They have a plan for their life and they work methodically to turn that plan into a reality.

26. They become exceptional by choice.

27. They work through the tough stuff that most would avoid.

28. They have identified what is important to them and they do their best to live a life which is reflective of those values.

29. They have balance. They know that money is a tool and ultimately, it’s just another resource.

30. They understand the importance of discipline and self-control.

31. They are secure in their sense of self-worth.

32. They are generous and kind.

33. They are happy to admit mistakes and apologize.

34. They are adaptable and embrace change.

35. They keep themselves in shape physically.

38. They are open to, and more likely to act upon, feedback.

39. They don’t hang out with toxic people.

40. They don’t invest time or emotional energy into uncontrollable things.

41. They are happy to swim against the tide.

42. They are comfortable with their own company.

43. They set high standards for themselves.

45. They know how to relax, enjoy what they have in their life and to have fun.

46. Their career is not their identity, it’s their job.

48. They finish what they start.

49. They realize that not only are they physical and psychological beings, but emotional and spiritual creatures as well.

50. They practice what they preach.

*I got this from someone's LJ.

I can relate with some of these traits, so am I going to be successful?
Hm...

I just discovered something!!

Yes, the name of JaeJoong's drama *_*

It can be found here:
http://thejyjfiles.wordpress.com/

Posted on February 2, 2011 by The JYJ Files
Petition for the Recognition and Protection of
JYJ’s Legal and Human Rights

feel free to leave comments :)
I will finish the fanaccount during the weekend~

This is pretty AWESOME huh?
Goes to show the power of Cassies :D
Credits to whoever made it~

Haters:
Until your fandom can do this, .

So I woke up today at 7am to get ready to head to LA before 9am
Took the metro to the station, then got a flyaway bus to LAX
the pricing was alot, but worth it in the end!

When I got to LAX, with my friend and a fellow Cassie I met, we were a bit lost at the terminal so asked where we could go to see people who are landing and got directed the right way. As we entered the area, omg there were ALOT OF FANS THERE ALREADY:

We waited for like 35mins and still no sign of anyone ><
Then one of the ladies working there approached the area from where I was and told the girls at the front that the artists weren't coming though here!
We didn't know if we should beleive them or not since sometimes they do that to get rid of more people to make way but after reasoning on asking why there wasn't any security, a few of them went to check.... then she was telling the truth!

It was a Shawol that checked and she came running back directing us to Exit C
So we started to jog/run there and everybody else followed XD
We waited and in like less than 5mins some snsd members appeared, it was taeyeon, yoona and yuri

then later I thought it was more snsd members but apparently it was f(x) -fail-
(checked my pics and caught Luna, Krystal or Victoria? and Sulli)

then BoA came out, she's so tiny and walked freaking fast o-o

after it was some actresses? people didn't know ^^;;;

THEN I thought it was Yunho!
nobody noticed so I was just like staring saying "yesnoyesyesnowaitaksjdfhlig" lol
(after he passed apparently it was Yesung?, that hair color made me think it was Yunho and since he was wearing sunglasses... sorry sorry D:)
so it happened to be Suju members!
Leeteuk, Shindong, Eunhyuk and dunno who else o-o

then SHINEE zomg Shawols went crazy XD;
I spotted Key right away and was all asjdfhgdfs then saw TaeMin, wearing a mask :/?, and that's it, couldn't see the other members in the sea of people ><

after I beleive was more Suju members:
Heechul, Siwon, Henry, Zhou Mi *_*
^^^ I KNEW IT WAS HEECHUL but caught up in the moment I accidentally yelled Leeteuk, so embarassing D:

and yeah then it was over ><
so I didn't get to see HoMin and decided to wait *_*
a guy had told the fellow Cassie that was with me that they had already came out but since he couldn't give us a time or anything we were skeptical.

We waited about 35mins after the whole thing, ppl were gone lol;;;
Some fans approached me cause I had a TVXQ banner hanging on my shoulder and would ask about HoMin, there were enough that cared<3

Well a few nights ago I was rewatching Yoon Do Hyuns Love Letter from Oct 18 2008 when DBSK were there as guests.
Halfway through the show the MC asked them "Was there a musician that you watched and said 'Wow, I want to be like that person?'"
In Yunho's turn he said "For me, ever since I was young, I liked Lim Jaebum a lot. I really like that husky kind of voice."

How does this relate?

Well now fastforwarding to the Thanksgiving Live@Tokyo Dome 2010, JaeJoong performed "For You," and who is this by? No other than Lim Jaebum, one of Yunho's favorite singers!

How does this relate to JaeHo/YunJae?

The messege of the song conveys it straigforwardly, watch ^^